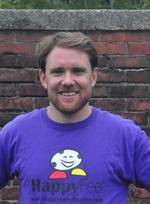 Originally from Falmouth, Maine, Patrick is a graduate of the University of Connecticut where he played for the nationally ranked Men’s Soccer team from 2003 -2006. During that period the team consistently made the NCAA tournament and won two Big East Championships in 2004 and 2005.

Patrick grew up in a family of educators and coaches where he learned the value of hard work, active participation and how soccer contributes to a healthy lifestyle. His mom is a veteran teacher in the fields of Literacy and Special Education. His dad is the Varsity Soccer coach at Falmouth High School where the teams have won multiple State Championships. His brother is the Assistant Women’s Soccer coach at the University of Southern Maine, as well as a coach for the MCU Phoenix Club in Portland. In high school Patrick played under his father’s direction and alongside Carter, winning three State Championships. He was selected for three All-Conference, All-State and All-Region teams. He was named to two All-New England teams and received All-America, Gatorade and NSCAA Maine Player of the Year honors.

The genuine experience Patrick brings to the HappyFeet Program comes from years of coaching youth soccer. Since the age of 14, he has been a coach/counselor for young children at his father’s sports camps. In college, he continued coaching young children in the summers for his UCONN Head Coach at the Ray Reid Soccer School. He also gained valuable knowledge and compassion while coaching special needs children in the TOPS soccer program. His many soccer accomplishments and coaching experiences have instilled a true love of the game and its life lessons. He loves sharing his knowledge of the game with young children and watching their expressions of excitement and happiness as they apply their skills. 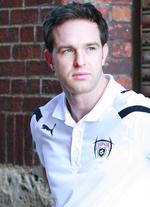 Carter was born and raised in Falmouth, Maine. He is the son of Dede and David, and the younger brother of Morgan. He started coaching HappyFeet in May 2010 and has worked with preschool aged children both in physical education and a substitute teacher since 2008. He coached with the Kansas City Legends from 2010 until spring of 2012, before making the transition to opening HappyFeet Boston. His mother has been an educator her entire life and Carter has grown to not only understand, but appreciate why people choose a career in education and, working with children. Carter has not only played sports throughout his life but has also been involved with theatre and music. He studied Theatre Performance while attending the University of Kansas.

Carter is grateful for the opportunity to work with children, to introduce those children to valuable physical and social skills that will help them lead exciting and healthy lives. Carter has played soccer since he could walk, and actually started his career in a program very similar to Happy Feet Leagues. He met Patrick Halligan (co-owner and assistant director of HappyFeet Boston) playing soccer on Saturday mornings as a young boy, and they grew up together. He never had the opportunity to play club soccer growing up, but did play with his school teams. In high school Carter was a member of 3 Maine State class B championship teams as a Sophomore, Junior and Senior at Falmouth High. His experience playing team sports, such as soccer, and basketball have helped to make him the person he is today. After working full time in the Kansas City Legends office as a tournament director and coach, Carter is excited to be bringing this program to the great city of Boston.